Two brothers who write code a lot. Some of that goes here to help those of you that do too.

CoinBar elegantly keeps you up to date with current crypto currency market prices on the touch bar of your MacBook. We are currently giving away the Lite version of CoinBar which allows you to see the current top 10 crypto currencies and their prices. You can quickly change from White to Colored icons by using the status bar app.

CoinBar works differently from other applications that utilize the new touch bar on the Mac Book Pro. CoinBar adds an icon to the right hand side of the touch bar known as the control strip. This allows you quick access to current market prices.

The other cool thing about CoinBar is that it is always present on your touch bar even if you open another application, until you decide to minimize it by tapping on the X on the left hand side of the touch bar.

Hardware: You must have a MacBook with a Touchbar

Here are the feature differences between the lite and regular versions of CoinBar:

Here’s what CoinBar looks like when its minimized, notice the blue icon on the right side of the touch bar in the control strip.

Here’s a screen shot of CoinBar using white icons instead of colored ones. 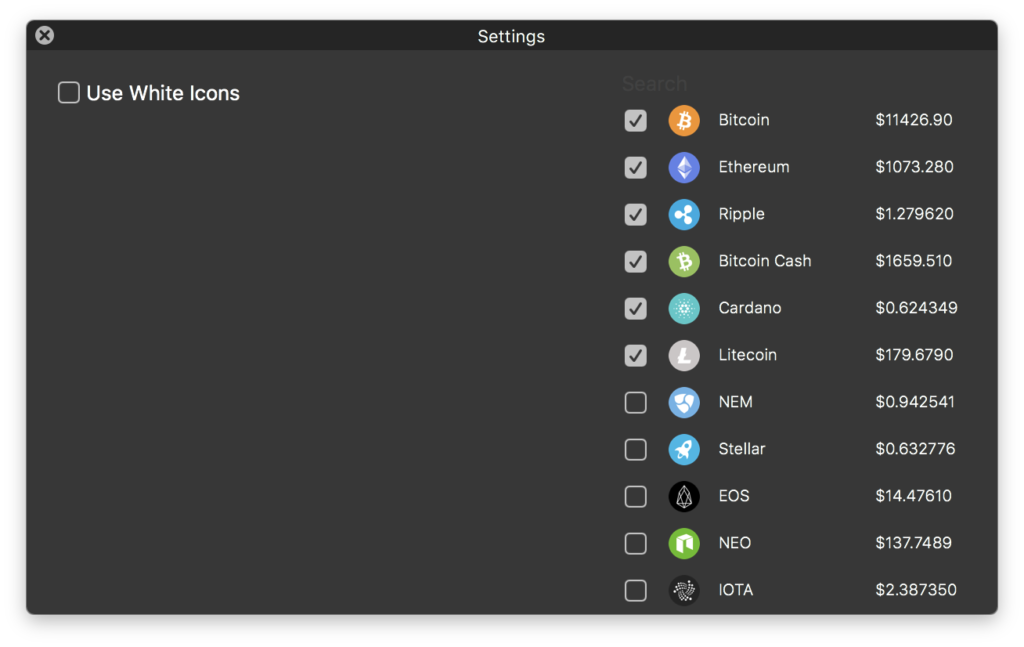 Coin Bar Lite is available now as a free download. The paid version of Coin Bar will be available in the first half of February 2018.

I started my programming journey a little over 15 years ago when I decided to give C++ a try. I've been hooked every since. I've had the pleasure of learning a variety of programming languages. For the last 5 or so years I've focused on C# and Unity for game development.

This site uses Akismet to reduce spam. Learn how your comment data is processed.

Support The Weekly Coder on Patreon!

Show us some Love